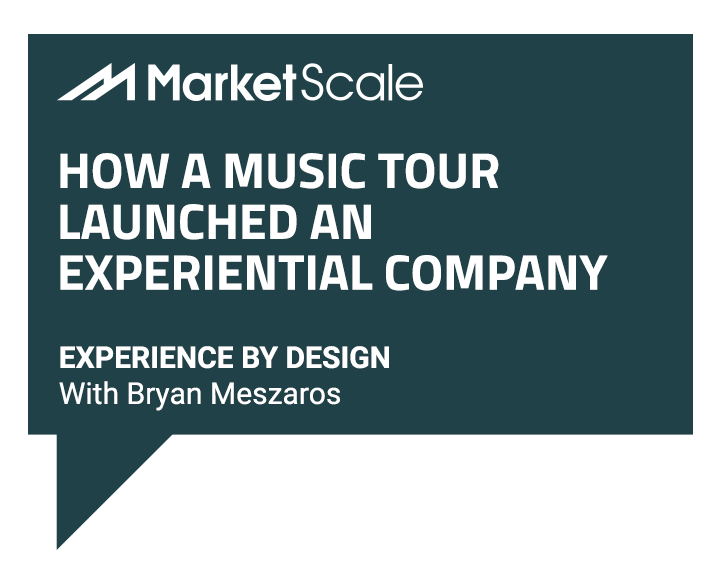 How a Music Tour Launched an Experiential Company

It’s all about the experience! That means being open to new technologies and design practices, but not necessarily abandoning the old ones. It’s not about labeling oneself as a designer or an integrator—rather, it’s about using the most effective tools and approach to solving the problems at hand. The end result is a carefully crafted experience that helps connect people to place.

On this episode of Experience by Design, host Bryan Meszaros was joined by Leviathan Co-Founder and CEO Chad Hutson.

Leviathan focuses on designing experiences that leverage the power of narrative and storytelling, using “rich, immersive content,” “emerging technology” and spatial design to “craft experiences to be felt.” And the company has done just that for some of the biggest companies in the world, counting the likes of Disney and McDonald’s among its clients.

Meszaros and Hutson explored the origins of Leviathan, which is fast approaching its 10-year anniversary, and the company’s overall approach to crafting those impactful experiences.

The duo also outlined the general motivation behind experiential design, which was largely in its infancy when Leviathan began its quest to reshape the industry.

“The term itself, ‘experiential’ – I think, even today, some folks may not use it in their day-to-day vernacular,” Hutson said. “At the time, what helped us was there was one project for an electronic musician … As part of his tour, there was this interesting sculpture for the background. It just looked like a bunch of white cubes. We created some projection alignments tools, as well as [some content], and I think the success of that tour really helped launch the success of our company.”

Leviathan has experienced its fair share of success, but Hutson said there have also been plenty of challenges along the way.

In looking back, he said the initial challenges were around finding the right talent and people with the potential to enter a burgeoning field. Then, as the company evolved, challenges sprung up in sustaining growth, balancing ambition with capability, and staying productive and ahead of the curve as the world shifts and evolves.

Join host Bryan Meszaros on Experience by Design every other Wednesday as he explores the latest trends and solutions helping craft the world’s most intriguing experiences.